About this Blog & Lee Reeder 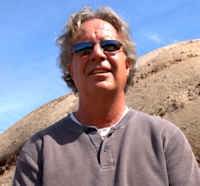 Welcome to the On Images & Imagery blog, where you will find reflections and advice on communication, writing, messaging and visual arts. The terms Images and Imagery are distinct, but intertwined:

Images: Representations of the external form of people and things in art and the general impression that people, organizations and products present to the public.

Imagery: The effective use of figurative language to represent objects, actions, and ideas in such a way that it appeals to human physical senses, creating visual representations in people's minds.

A little about me

From the time I was in junior high I was writing stories for my school newspaper, and was chosen to be the editor of the school annual. I became interested in photography at the age of 12 and by the age of 16 I was spending much of my free time in the darkroom. I always knew what I wanted to be and do when I grew up.

At the age of 19, I began working professionally as a photojournalist in the U.S. Army in West Germany and ran a public affairs office for a 9,000-member military community in four German cities. Photography has been a big part of a lifelong journalism and writing career that has put me at the editorial and creative helms of several national magazines and journals.  At the young age of 30 I was promoted to editor in chief of the largest weekly community newspaper in San Diego County. A year later I was chosen to become editor of a new national magazine for fire and rescue personnel. Eight years later, I was promoted to editorial director for Rescue Magazine, JEMS (Journal of Emergency Medical Services), AirMed, Air Medical Journal, EMS Insider and Prehospital and Disaster Medicine. In my career I have been everything from a beat reporter for local newspapers to an editorial director overseeing several national publications to a marketing director for an advertising agency.

In 1998 I began working full-time as a freelance writer and ghostwriter, creating Winning Words, which has served a diverse group of clients from all over the country and beyond. As a freelancer, I have also been an editorial leader, as editor in chief of two American Hospital Association publications. I also plan and support public relations, marketing and media campaigns.

Over the past few years, my clients have increasingly taken advantage of my writing, photographic and design talents—a uniquely rounded package for any type of organization seeking to promote products, people, projects and programs.See more about my range of services at www.winningwords.com.